A Hunters Paradise – Provisions of the Land 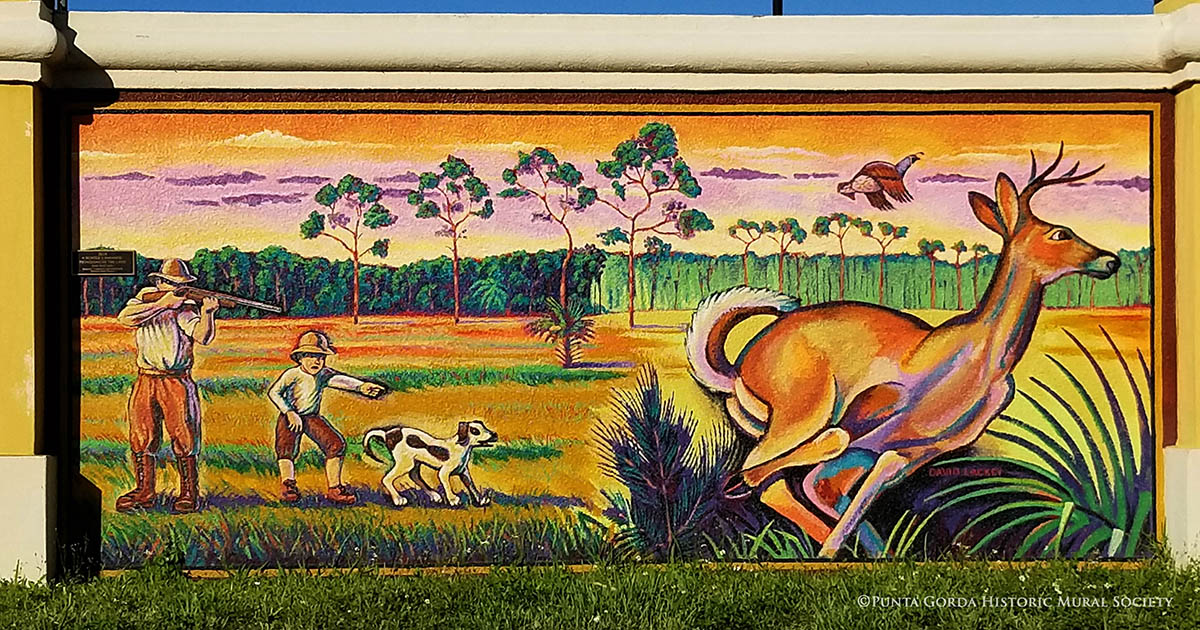 Hunting was not always a sport in southwest Florida. Deer and turkeys were considered a key food source for the early settlers who hunted them for sustenance rather than pleasure.

In 1887 the Florida Southern Railway built the Hotel Punta Gorda as a destination resort at the end of the railroad line. During its first season it had 3,320 guests and attracted wealthy yachtsmen, fishermen, and hunters who fled the cold north to continue their passion in Florida’s sun. In February 1895, author and artist Frederic Remington wrote to his friend from his room at the Hotel Punta Gorda “Come down—deer—bear–…. –ducks—birds of paradise—curious cowboys who shoot up the railroad trains—summer clothes on—write when I can expect you”. It was during this period of our history that hunting became less of a necessity and more of a sport.

Southwest Florida had abundant turkey, quail and deer and Punta Gorda became a destination spot for locals as well as pleasure seeking sport hunting tourists and their dogs. The deer were so plentiful that each hunter expected to bag at least one each trip.

This mural depicts this time in our history. The mural was dedicated on January 8, 2015.