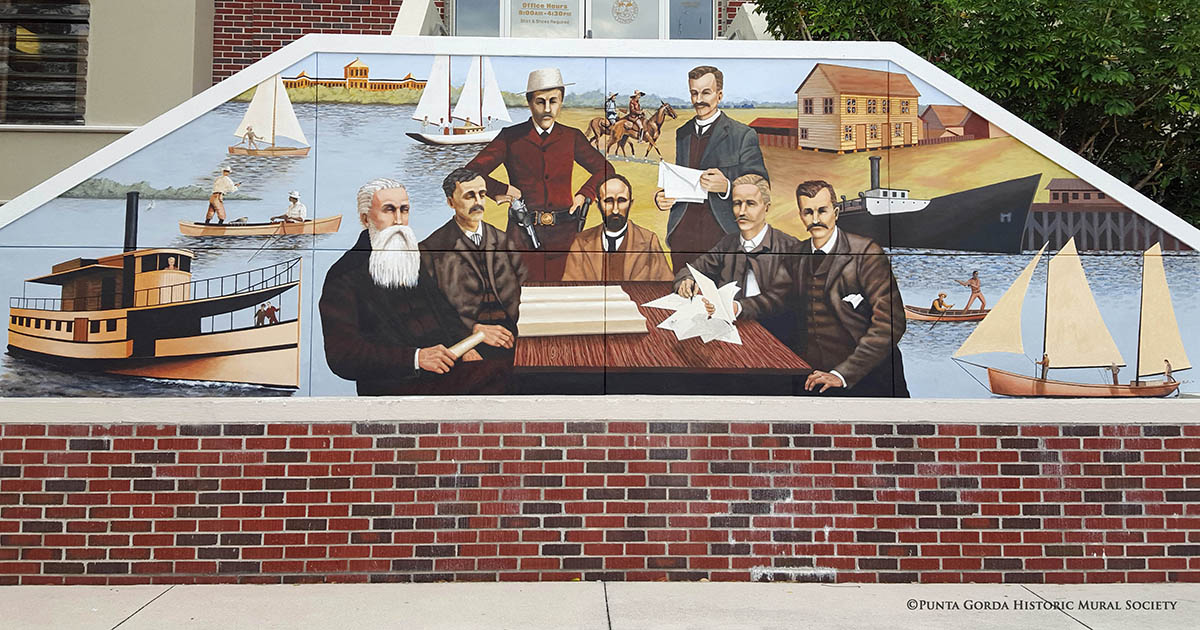 With the town of Trabue growing in leaps and bounds after the arrival of the railroad, infrastructure improvements were desperately needed. Town founder, Isaac Trabue, could not be induced to make such investments. A movement was started by Kelly Harvey, a local surveyor, to incorporate the town in order to tax for improvements and government. The citizens of Trabue voted on December 3, 1887 to do so and rename the town “Punta Gorda.”

The town was officially incorporated and a city council government was established, comprised of 7 positions. The mural was designed from a 1887 photo shown below. The gentlemen pictured are (from left to right): Tom Hector (City Clerk), J.O. Swisher, John Fishback (City Marshal), Dr, W.H. Burland (first mayor), Kelly B. Harvey, Neil Dahl, and James Sandlin.

Official records show that W.H. Simmons (not Burland) was the first mayor and that John Stanfield (not Fishback) served as the first marshal.

The scenes surrounding the members capture historical places and happenings of that time: (lower left to right)

The mural was originally painted in 2001 and dedicated on August 8, 2001. Due to deterioration, the wall was torn down and reconstructed in 2015. The mural was repainted by the original artist in 2016 and re-dedicated on April 21, 2016.