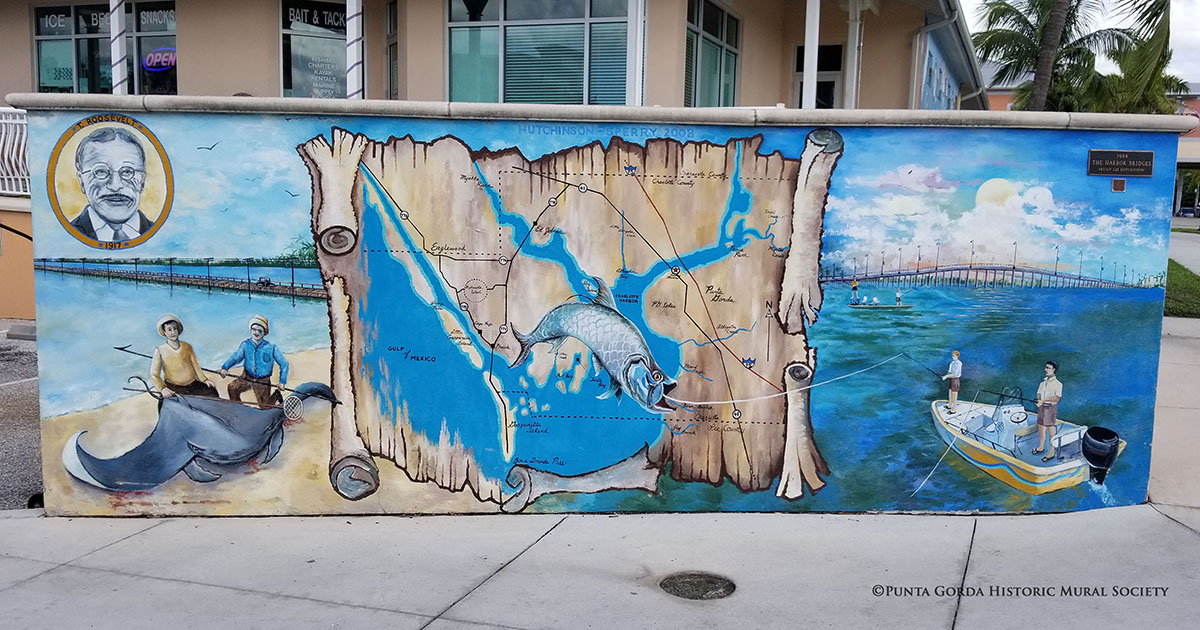 In 1916 construction of the first bridge across Charlotte Harbor began. It was called the Charlotte Harbor Bridge and was finally completed on July 4, 1921. Completion had been delayed during the war effort. The bridge connected Nesbit Street with Sand Point in Charlotte Harbor.

During that same period of time in 1917, Theodore Roosevelt visited Punta Gorda. He came to this area to try his hand at catching a record giant Manta Ray (also known as a Devil Fish) in the area. He arrived on the train on March 25, 1917 and after a reception at the Seminole Hotel, he boarded a small steamboat for the trip to Captiva Island. His camp was a floating house boat for the week.

Roosevelt caught several Manta Ray but not a record (his measured 16′ 8″) He returned to Punta Gorda and left by train “without fanfare.”

The left side shows the harbor with the early 1900’s bridge. Roosevelt and his guide are shown in the foreground with the beached Manta Ray catch.

The middle of the mural has a map of Charlotte County with familiar locations identified. The right side of the mural depicts our “modern” view with the new lighted bridge (constructed in 1983) that connects US 41 North in Punta Gorda (originally King Street) and Charlotte Harbor.