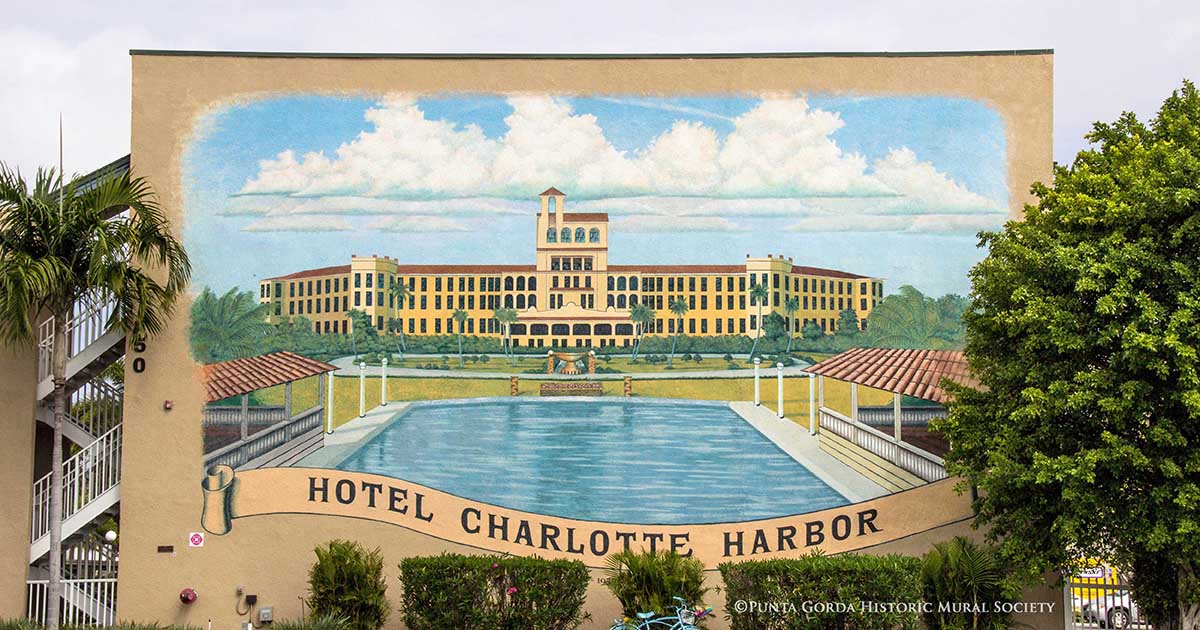 The Hotel Punta Gorda was sold to Barron Collier in 1924 and renamed the Hotel Charlotte Harbor. Three years and approximately $250,000 were spent on renovations. A fourth floor was added for Collier’s private apartment as well as a glassed-in fifth floor ball room. The halls were narrowed to make space for private baths for each room and a sprinkler system was installed. The outside walls were stucco’ed and new amenities were added including a gigantic swimming pool measuring 80’ x 170’ and a pavilion. Specially-constructed tennis courts were built in 1930 for the famous tennis figures of the day.

The grand re-opening was celebrated on January 2, 1927. But success only lasted about 5 years with the Great Depression plunging the hotel once more into decline. The Collier heirs sold the hotel to G. Floyd Alford in 1944 who had been managing the hotel for Collier.

Martin Flieschman took over the mortgage of the hotel from Alford in 1956 and spent a great deal of money converting it into a health retreat and it was renamed the Charlotte Harbor Spa. The spa never turned a profit.

The hotel met a fiery death on August 14, 1959. By 2:30 am the entire central part of the hotel was on fire with flames shooting out of the tower. The fire could be seen for more 25 miles. The hotel was built from pitch pine which burned hot and fast.

This mural is a recreation of the first mural painted by the Society on the Eckerd Drugs in the old Punta Gorda Mall in 1995 which was torn down in February 2004. The mural was recreated breaking it into two murals featuring the hotel as it originally looked and its original name, the Hotel Punta Gorda, and its successor, the Hotel Charlotte Harbor. The mural was dedicated on September 15, 2011.

The Hotel Punta Gorda mural was lost in April 2019 when the wall was restucco’ed.