Pages From Our Library’s Past 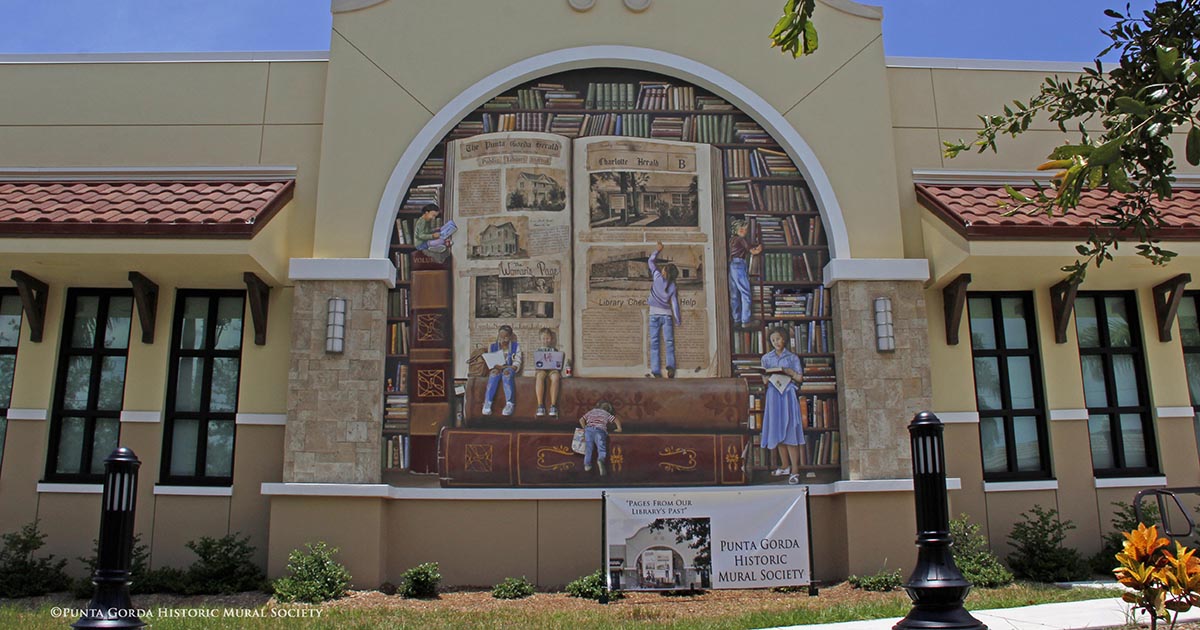 By 1908 the little town of Punta Gorda had grown large enough to establish a free public library for its citizens. With donations from the Periodical Club in New York as well as prominent local families, the Punta Gorda Library’s first location was the Guild room of the Episcopal Church’s Rectory on Cross Street (now Rt 41 South).

The library became so popular that it interfered with Church activities and was moved to the Masonic Lodge on Sullivan Street in 1914. There it remained until the building was heavily damaged by the Hurricane of 1926. The Punta Gorda Woman’s Club came to the rescue, salvaging the undamaged books and moving the library to a small front room in their new building just a few blocks north on Sullivan Street. They adopted the library as one of their main projects.

The library continued to grow boasting over 5,000 volumes by 1956 and outgrew the space. The Woman’s Club group began fundraising for a new building. After over thirty years in the Woman’s Club building, the first free-standing library was built on Retta Esplanade opening in 1958.

The Charlotte County Library System was established in 1963 and took over the Punta Gorda Library and established branches in Port Charlotte and Englewood. By the early 1970’s, the Punta Gorda Library was once again outgrowing its current location on Retta and a new library was built on Henry Street in 1974. Additions were made over the years to accommodate more growth.

In 2019, a new library was built on Shreve Street and is the location of this mural. It is the sixth location for this library.

The mural presents the viewer with the opportunity to learn about this 100+ year history through old newspaper clippings on the scrapbook in the middle of the mural. Figures surrounding the scrapbook show the interaction with and interest in our libraries along with 275 books, 94 with actual titles for visitors to enjoy. The artist took great effort to try to replicate the spine of the original published version for many of the books on the lower shelves where viewing is best. He even included 3 butterflies/moths from the Charlotte Taylor workbook amongst other small items of interest, all drawing the viewer in for a closer look.