The Churches of Sacred Heart 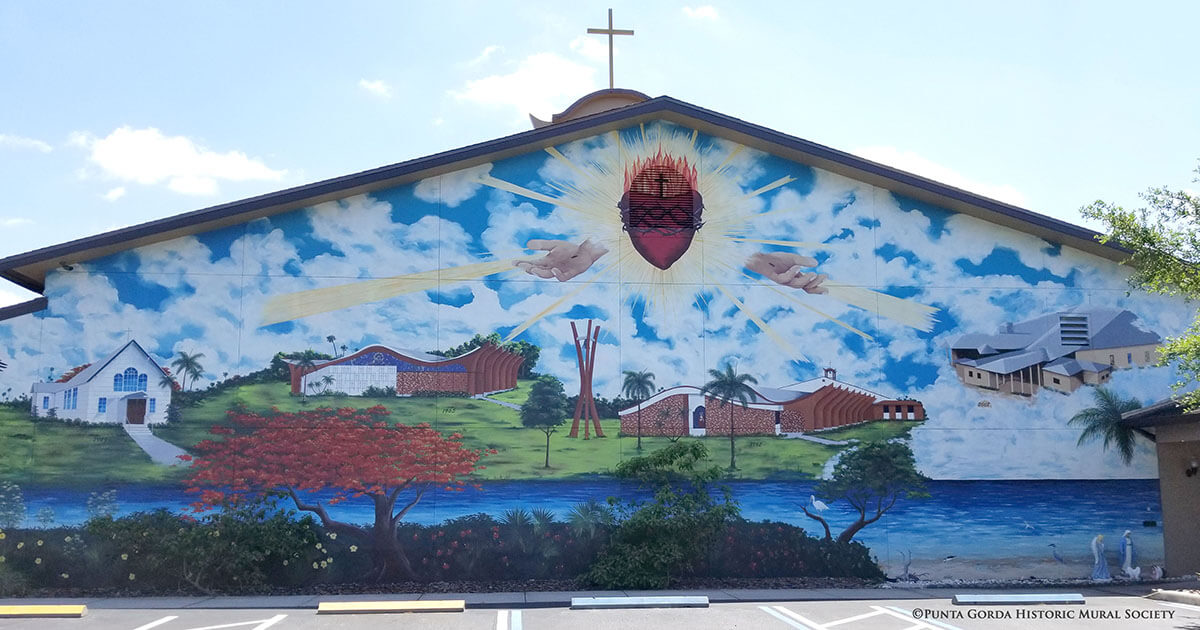 In 1929 the first permanent Catholic Church was built in Punta Gorda. This was followed by a newer, larger church in 1964 which was renovated in 1992 with additions to the back and front of the existing church. Hurricane Charley destroyed this church in 2004. A new church was built and dedicated in November 2008.

This mural includes all four churches with the last one represented as a dream. The mural also includes the image of the Sacred Heart as presented to Sister Margaret Mary in a vision. Christ said, “Tell the people that my heart is on fire with love for them.” The out stretched hands of the Risen Christ were inspired by a real carpenter.

In the center is a large Royal Poinciana tree. It represents a more graceful era. Hibiscuses adorn the foreground in honor of Harry “Pete” Goulding who as a resident of Punta Gorda was instrumental in the creation of many varieties of hibiscus.

The bird on the sandy beach is the Punta Gorda city bird, a yellow crowned night heron. Notice on the far left of the mural a family of eagles who annually make their home here in Charlotte County. This mural also contains 3 hidden secrets; 2 in the clouds and a 3rd one for you to find.

Artists Madga (Maggie) Ruiz and Fran Petrow donated their talents to paint the mural. The mural was dedicated on April 30, 2009.