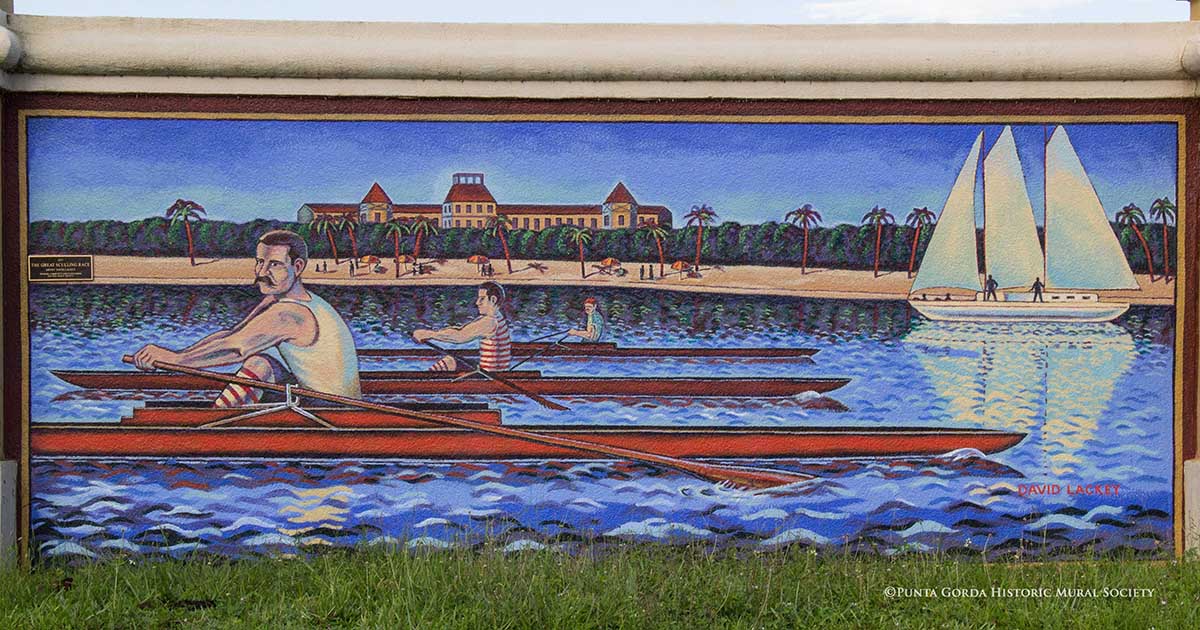 The Great Sculling Race took place on Charlotte Harbor on February 10th & 11th, 1888. It was hosted by the Hotel Punta Gorda and featured championship scullers John Teemer, Albert H. Hamm, and John H. McKay. The mural panel depicts this race showing the top 3 scullers with the Hotel Punta Gorda in the background. The sailing ship “Oriole” owned by Caldwell Colt, the only son of the inventor of the colt revolver, was a frequent visitor to the Harbor and is featured in the mural.

The Mural Society was especially excited to create this panel during the City’s anniversary celebration and was honored to complete this mural in time for the 125th anniversary of this Great Race.